In the digitization of Japanese companies
In order to achieve business improvement,
Beyond cross-cultural communication in Vietnam
To be a long-term and trusted partner,
From Japanese companies and Vietnamese engineers
It will always be needed.

Based on the experience of being in charge of offshore development in Vietnam for many years and transferring many Japanese development centers to Vietnam, the root reason for the various problems arising in the project between Viet Nam Japan is the lack of mutual understanding between the Japanese side and Vietnam. I noticed it. Due to miscommunication, you can’t work efficiently, and there is pressure on both sides, especially at the start-up stage.

Therefore, we gathered young engineers who deeply understood the language and culture of both Japan and Vietnam, and set up a new team in 2018. Beyond barriers such as geography and culture between the two countries, we would like to develop high-efficiency software by making the most of the strengths of both countries, and create new value together with our customers.

We provide our customer with “valuable technology”
To that end, we understand “true customer needs”
Make full use of abundant know-how an the lastest technology doing so, the value of solving customer issues. We provide a certain technology 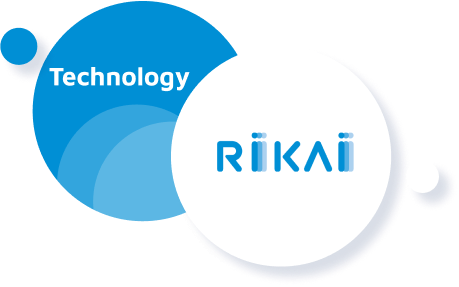 We always trust ourselves and our
organization

We take pride inour work and the value
We create

We are honest with ourselves

We challenge and overcome challenges without fear of failure

We will continue to learn

Rekai Technology, which develops technology outsourcing services. Software development is the main business content, but we would like to promote “business centered on people and technology” through software development. “Business centered on people and technology” is a heartfelt business that is close to customers. It is none other than our basic stance of understanding “true customer needs” and providing “valued technology” to our customers.
We also want to expand the “Organization of Human”. In order to realize our vision, we need to bring together and organize more people. The development stage of “human organization” is divided into three stages.

Promote “business centered on people and technology” to the first stage for new markets with new goals . And the expansion of “human organization”. Rikai Technology will continue to grow steadily, speedily and sustainably.